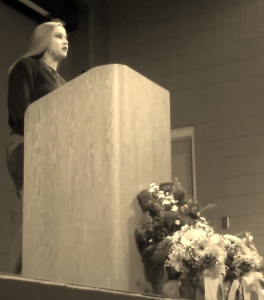 Allison is a fifth year senior here at the Alabama School of Fine Arts. She is a creative nonfiction writer that focuses on her rocky relationship with her father. In her senior thesis, Allison writes about the evolution of their relationship by discussing the television and movies they used to watch together. This fall, she will be going to Auburn University for Animal Sciences.

I was half asleep when I heard it. I twitched, hard, and flung out my arms to find the remote hidden underneath the covers. I upended the popcorn bowl and sent the sleeping cat flying from the foot of the bed. Finally I found the remote tucked up underneath my favorite pillow and I mashed the buttons with my fingernails. Rewind. Rewind. Play. They are out by the docks, shifting drugs from one storage container to another. The screen is dark. Batman, my father’s favorite, is hidden in the shadows where the viewers can just barely see his smile. Bullets bounce off of his body armor like rain as he beats every last bad guy black and blue. The scene cuts to the mob boss, signaling his driver from the back of the limousine. He cannot see that his driver is slumped over the steering wheel. (We viewers must then guess when Batman had the time to kill him soundlessly.) The sunroof cracks open and the mob boss is pulled through by his collar, his cashmere coat sliced by the glittering glass. “I’m Batman,” he tells him.

And then I was young again, back when we all lived at the old house and my father didn’t sleep on the couch sometimes. I remember pulling the covers back and slipping from my bed, tiptoeing down the hallway with walls painted red. It is dark in the house and if I listen, I can hear my mother snoring. The house creaks; daddy says it’s just settling in the night. The kitchen tile is cool against my toes as I take a chair from the table and drag it as slowly as I can to the counter. I steal up the chair, standing on it to reach the sugar jar my mother hides when she’s not cooking. Slowly, so slowly, I lick my finger until there is just the right amount of spit and send it down into the sweetness. My tongue just barely touches the tip of my fingernail. In the stillness of the night, he leans himself where I can just barely feel his breath against my neck. “I’m Batman,” he growls in his best Bale voice and I laugh just loud enough for only us to hear.

And I’m back, years later and miles away from that little yellow kitchen with sunflowers in the windowsill. My boyfriend had been calling my name, I think, but I ignored him and his questioning eyes. I settled back onto his chest, my cheek pressed to his soft skin, and prayed that my daughter will never have to wonder if her father had forgotten her. She will never feel alone, I promised myself, she will never have to feel this way.

For me, writing is all about wanting release. I am haunted by my relationship with my dad and I think about him constantly. I let all this emotion build up inside me until I find release by writing it all down. Because I am not pursuing creative writing as a degree/career, there is a sense of urgency about finishing this essay collection about our relationship. I write and edit and edit again and write more so I can immortalize the place I am in with my father to look back on years down the road. 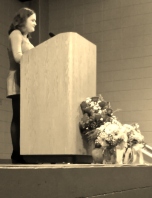 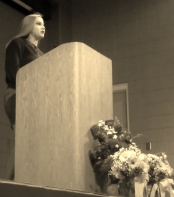 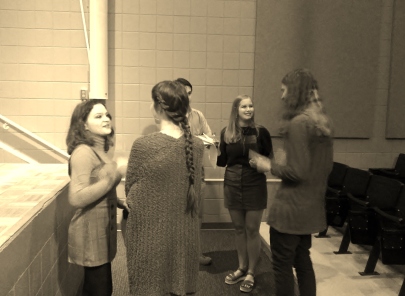 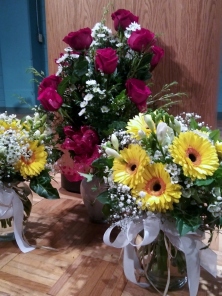 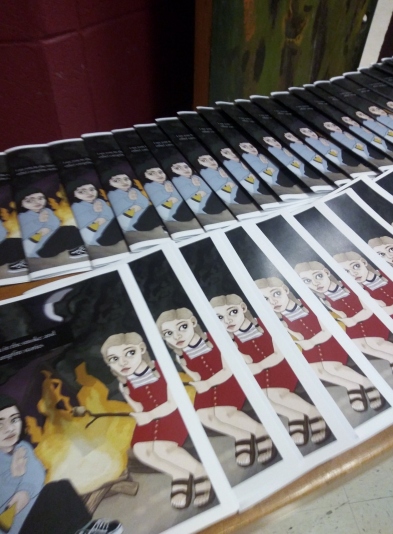 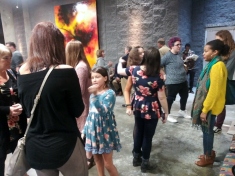 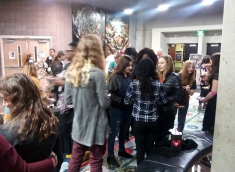 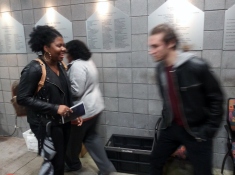 Our first senior reading is in the books! Lauryn-Elizabeth and Allison led off the “season” with a homerun of an event — great work, good fellowship, and a fun time had by all.

In case you missed it (or just want to relive the moment), here are some excerpts from what Allison and Lauryn-Elizabeth read for us, along with a few words from both of them about what it was like to write the pieces they’ve excerpted here.